Stay up to date

The Irish Council of Churches (ICC) was founded in 1923 in the aftermath of the civil war and is the formal national body through which their member churches formally engage, dialogue and act on a wide variety of issues. The ICC Executive meets four times a year and is made up of church general secretaries and other nominated representatives from across the range of Protestant, Orthodox, Reformed and Independent church traditions.

In 1973 in the midst of the Troubles the Council began historic talks in Ballymascanlon with the Catholic Church which over the course of time became formalised as the Irish Inter Church Meeting (IICM). The meeting is coordinated by a committee which also meets four times a year and is formed from the leadership of the churches made up of 50/50 representation from the Irish Bishops Conference and the Council.

Membership reflects the changing landscape of Christianity across Protestant, Orthodox, Reformed, Catholic, Independent and Migrant–led churches [in Ireland]. Our newest Member, the Redeemed Christian Church of God is the largest migrant–led Church in Ireland with over 15,000 members throughout Ireland and the latest Census lists over 45,000 Orthodox adherents. When added to the membership of our longer established traditions we encompass the vast majority of Christians within Ireland. 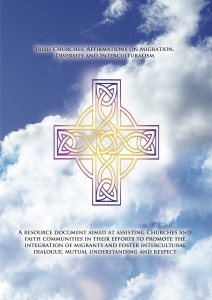 In 2009 the Irish churches issued ten affirmations on migration, diversity and interculturalism which was endorsed by the ICC and IICM.

The ICC/IICM also maintain a directory of migrant churches worshipping in Ireland.